GRAFFITI SUMMER IS BACK!

Finally, Graffiti Summer is back for the month of June! This local summer classic celebrates the car culture and history that Modesto native George Lucas brought to life in his biopic film, American Graffiti.
This year’s celebration begins on Saturday, June 4th, when the historic State Theatre kicks off the week with a showing of American Graffiti, the timeless classic Lucas wrote based upon his actual high school experiences in Modesto. And on Sunday, May 5th, the Modesto Area Street Rod Association hosts the Graffiti Classic Car Show takes place at McHenry Village. This is a great event to ‘cruise’ the shops while enjoying the cars on display.
Events continue nightly, Monday through Thursday evenings, with “Park-n-Shines” around town, presented by the Mid-Valley Chevy Club. These events are open to all car lovers who shine ‘em and show ‘em.
On Wednesday, June 8th, the new Graffiti Museum will present inductees into the Walk of Fame with a car show lining the streets of downtown (keep your eyes out for the Faros, the original car club Lucas made famous in the film). This year’s Walk of Fame is lucky to have special guest McKenzie Phillips – Carol from American Graffiti – and will include a dedication of new “car stars” on the sidewalks of downtown. The weekend festivities rev up on Friday night, June 10th, with the official Graffiti Parade. For over 20 years, the City of Modesto has cleared the streets of downtown and paraded over 1,200 classic cars to tens of thousands of spectators who appreciate the rich history of American ingenuity, muscle cars, and touring cars from the early 20th Century. This just may be one of the greatest car parades you’ll ever see!

Following the parade you have a weekend of cars, fun and food at the American Graffiti Festival and Car Show, presented by the Kiwanis Club of North Modesto, on June 11th and 12th. The Festival will be held at the west campus of Modesto Junior College. Take note as this is the only official American Graffiti car show in the nation. Rows and rows of cars, food tents, music, games, swag and beer gardens will provide an atmosphere of nostalgia you won’t want to miss.
Please remember all these events require the support of dozens upon dozens of volunteers. If you are interested in helping (and receiving tickets to the Festival and Car Show), please click on the Uncle Sam image. We want you! 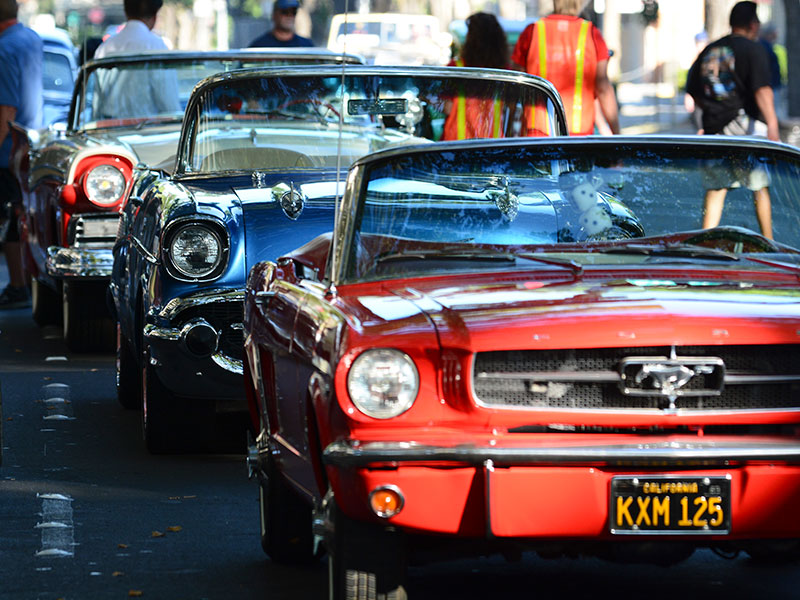 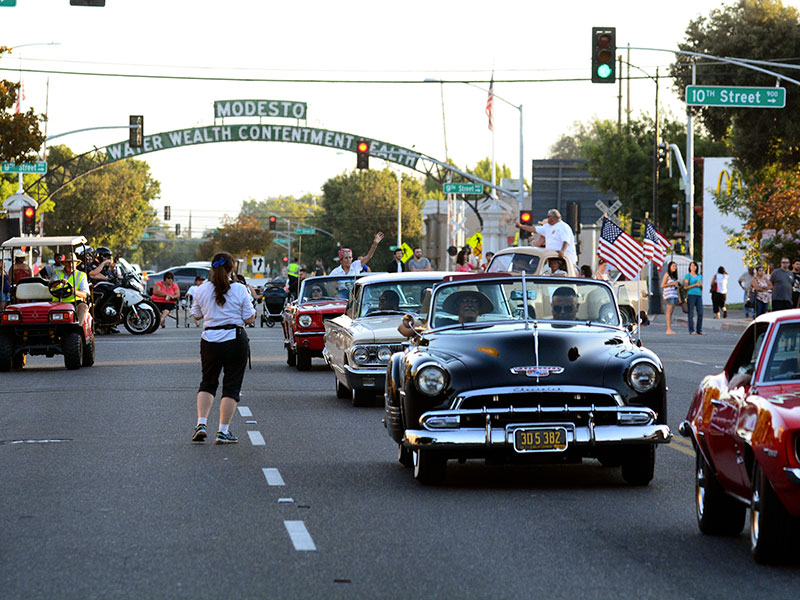 June is going to be a busy month, but it’s not the only time Modesto gets “all geared up.”

Subscribe below to keep our year-round classic car culture events — like bi-weekly car shows and special events at the State Theatre — in your inbox and on your radar.